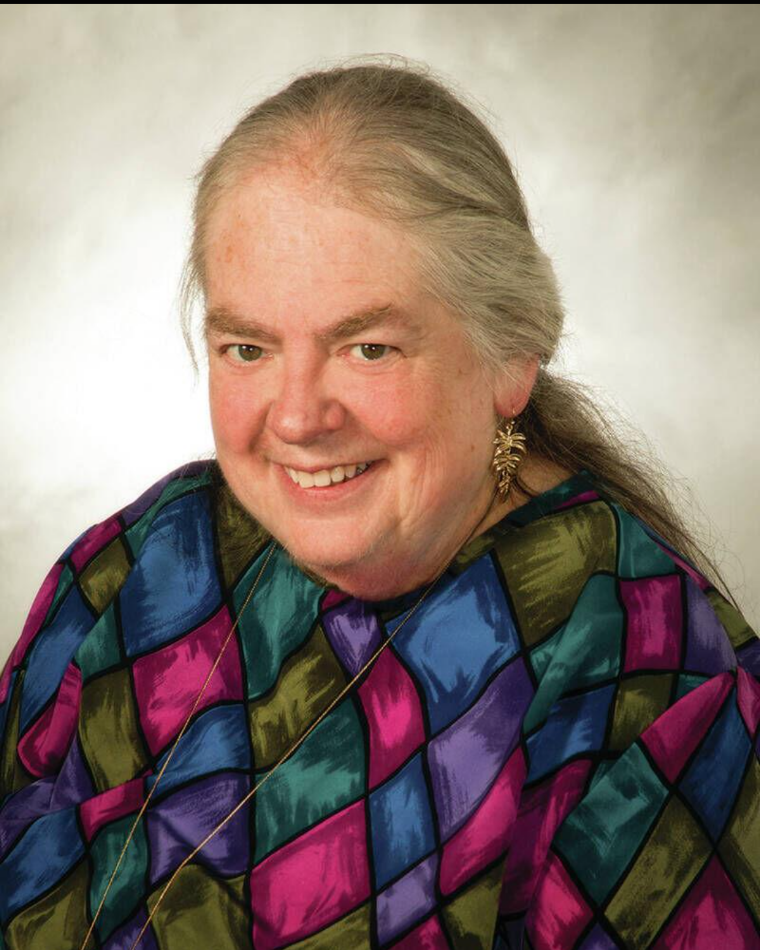 Cynthia Jean (Hubbard) Mitchell passed away on Oct. 25, 2021, with her husband, George, and daughter, Hannah, by her side at Littleton Regional Healthcare after complications from a three-year battle with Pulmonary Hypertension.

Cindy was born on Sept. 4, 1956, to Frank Albert Hubbard and Pauline Ella (Ladd) Hubbard, who lived on Cliff Street in St. Johnsbury, Vermont. Cindy attended elementary school in St. Johnsbury, where her father was her sixth-grade teacher, she spent the year not knowing whether to call him “Dad” or “Mr. Hubbard.”

After graduating from St. Johnsbury Academy in 1974, she went on to Word of Life Bible Institute from 1974-1975. Cindy began nursing school in 1975 at New England Deaconess Hospital School of Nursing in Boston, graduating in 1978. Shortly after, she began her work as a nurse at Littleton Regional Healthcare and continued there for 43 years.

At LRH, Cindy would be sure that you were greeted with a smile, while you were waking up in the Recovery Room. George and Cindy married in August of 1978 and together took up residence in Littleton, New Hampshire.
Cindy enjoyed teaching Sunday School at Littleton Bible Baptist Church and making bread and other baked goods. During the summer, she could often be found with a book in her hands at her family’s camp on Salem Lake in Derby, Vermont. Cindy was also active with the North Country Chorus and Littleton Hospital Auxiliary, becoming a historian and eventually president of both organizations. Cindy was the celebrated chef of North Country Chorus’ Madrigal Dinner for several years.

Cindy was a sweet and caring woman whose tender gentleness will be missed.

In lieu of flowers, donations could be made to North Country Chorus, PO Box 4361, St Johnsbury, VT 05829 or northcountrychorus.org or Littleton Regional Healthcare Auxiliary.

The chorus and all who love choral music in the Upper Connecticut Valley mourned the death of NCC's longtime Director, Mary Whitney Rowe, who passed away on July 17, 2002. A public memorial service was held at Blue Mountain Union School on Sunday, July 21.

In a ceremony following its spring concert at the Wells River, VT, Congregational Church on 28 April 2001 the North Country Chorus recognized Mary Whitney Rowe for her fifty years of leadership of the group. Tributes were offered by chorus members and proclamations were read by representatives of the Governor of New Hampshire and the Vermont State Legislature. The outpouring of appreciation by her choristers and the audience left no doubt about the remarkable impact that Mary has had on the cultural life of her community.On Sunday 30 September 2001 she was again honored, this time by Boston-based Choral Arts New England which presented her its Lifetime Achievement Award. Begun in 1980 as a memorial to Alfred Nash Patterson, a prominent Boston musician and conductor of Chorus Pro Musica, its mission is to encourage and support choral excellence throughout New England through grants and awards. In 1996 CANE began presenting this prestigious award to musicians who have made significant contributions to the choral arts over the course of their careers. Previous recipients have included Elliot Forbes of the Harvard Glee Club, Lorna Cooke de Baron of the New England Conservatory Chorus, Daniel Pinkham, a noted composer and choral director whose music the NCC has performed, George Kent of Chorus of Westerly, and Blanche Moyse of the New England Bach Festival in Brattleboro.

In his presentation CANE's Robert Farrell described Mary Rowe's dedication and leadership as "extraordinary" and commented on how very rare it is that one individual conducts a chorus for fifty years. Despite having several other strong candidates Farrell said the executive committee had little difficulty in making this year's decision. He praised Mary for her remarkable talent and leadership and for her dedication to performing the great choral works for audiences on both side of the Connecticut River in northern New England.

In accepting this award Mary thanked her family for their support and expressed her delight in the rich friendships which have developed within the chorus throughout its history.

the Board of Directors of the NCC and several close friends and relatives.

A native of Northfield, VT, Mary began her study and love of music at an early age. While a student at the University of Vermont she was selected as a charter member of the Vermont Symphony, through which she learned much of the symphonic repertoire. Another life-changing experience at UVM was her "gig" as a violin soloist for the Men's Glee Club, where she met her future husband Harry.

In addition to raising a family Mary taught music in public schools and privately. In April 1951 she became Conductor of the three year old North Country Chorus. Under her tenure the chorus has performed an impressive array of choral works at venues throughout the northern Connecticut River Valley. The chorus has taken its gift of music to the British Isles, Poland, Hungary, Sweden, Finland, Austria, Nova Scotia and our own National Cathedral in Washington, DC.

Ralph Aldrich passed peacefully on July 7, 2016. A memorial service for Ralph was held on Thursday, July 14 at 7 pm.