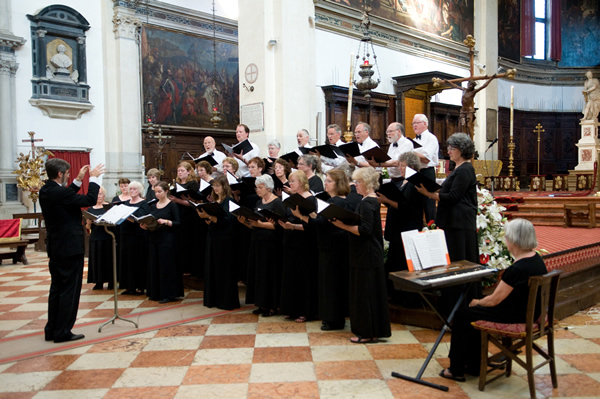 The chorus performed at San Pietro di Castello in Venice on its concert tour of Italy.
Photo by George Mitchell

On June 19, 2000, the Chorus began a 12-day concert tour of the Canadian Maritimes. Performances were held in New Brunswick (St. Andrews by the Sea), Prince Edward Island and Nova Scotia (Halifax, Baddeck, Middleton, Liverpool as part of Privateer Days). Travel arrangements were made by Plymouth Travel of Plymouth, NH.

On March 15, 1998, the chorus had the honor of representing the state of New Hampshire at the National Cathedral. In addition to participating in the Sunday service, the chorus performed a 30-minute pre-service concert.